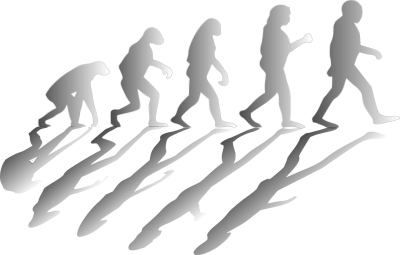 Is our life determined by our genetics, or does what we do play an outcome in our lives?

Many years ago we had Russell Setright come and give the members of the Australian Hypnotherapists’ Association a talk on vitamins, food and a little bit of history on man’s evolvement.

Setright spoke about how in the early history of man, our teeth and jaw would have been shaped depending on where we lived.  We didn’t travel far in those early days as transport as we know it today had not yet been invented.  So those who lived near the sea predominantly ate fish, those that lived near the forest predominately ate meat and those that lived on the plains would be eating the grasses, berries and suchlike.

Setright hypothesised that to accommodate these food types we would need teeth and jaws that allowed us to eat these types of food.   And in that respect we might have the wide jaw with flat teeth, or the narrower jaw with pointed teeth, depending on where we lived and what we ate.

In our current world with our extensive travel all over the world and our intermarriage of various backgrounds, we might have a flesh eating person marry a fish eating person and so find that we have the genetic jaw of one with the teeth of the other that could end up with having too many teeth that don’t fit into the smaller jaw.  It was an interesting theory.

Now even more interesting is that more than a decade later, researchers at Johns Hopkins have identified the same plausible outcome.  Their research shows that use over time (and not just genetics) forms the structure of jaw bones in human populations.

The researchers found that the jaw bones were similar in children before they were old enough to start chewing, but different in adulthood, which implies that this is likely to be a functional result of their diet and the use of their jaw, rather than genetics.  They say that genetics creates a blueprint of the bone, but a lot of things like mechanical pressure from muscle stress and strain from day-to-day activities can remodel the bone’s surface and internal structure.

It is really not too hard to fathom when you consider other factors in genetics.  You might be small in structure or stature, yet you can work your muscles to become a weight lifter, top runner, horse rider, ballet dancer or cyclist.  Each needing their own predominant muscle group to allow you to do these things.

It is the same with achievement in your life.  It isn’t necessarily all about the genetics you were born with that lead to success.

First you have to determine what success is for you.  Is it money, is it a happy relationship with your spouse and family, or is it a career and all of the above?

In my early days of changing my career to a hypnotherapist, I also did massage.  I could have achieved earlier and bigger successes as a massage therapist.  People kept coming back, whereas when they came to make changes to their emotional or health wellbeing, having achieved that, you rarely saw them again.

One time whilst massaging a regular client I was lamenting that I did not have the good memory of one of my friends.  This friend had almost a photographic memory, whereas, I had to do things over… and over… and over again… and then check again just to be sure.  Now this client was a millionaire and what he said to me has always stuck in my mind.  “Bruni, I am the same as you.  You just do what it takes”.

It also reminds me of one Christmas party many years ago.  The company for fun had designated little gifts for various employees.  They gave me a pair of glasses, saying that they didn’t know how I could find anything with the amount of paperwork I always had on my desk.  True, I like to spread out, but I knew where to find what I wanted.  Yet other people like everything in folders or neatly stacked away and they can’t understand how people like me can work that way.  We do what we think works for us.

But sometimes that isn’t very helpful.  It doesn’t get us to where we want to go.  Sometimes it is time to get rid of the old and learn something new.  Remember; there is no such thing as failure, there are only things that we do that don’t work.  And if we have an inability to change the things that don’t work for us, then there is usually a deep rooted ‘stopper’ that prevent us to change  even though we know it is causing us to fail.  Willpower isn’t always the answer; your subconscious may need some help.

Is there an Afterlife and Reincarnation?

Psychic investigators, such as the highly credible Dr. Ian Stevenson, who used scientific method to illustrate xenoglossy claim that there are only two possible explanations — either spirit contact or past life memory both of which are evidence for the afterlife….

Is research in the eye of the beholder?

Is research in the eye of the beholder, and if so how valid is research?…