the past and make sense of the present.

But more than that, it opens our mind to the possibilities of what we can achieve as this story tells us.

My stories here don’t go back terribly far, but they might change your view when hearing about the past and in the present as well as change your belief system about what is possible in your future.

If we go back only a short time in history, on May 6, 1954, Britain’s Roger Bannister was the first Athlete to Break the 4-minute Mile. Bannister’s 3:59:4 mile unlocked the door to what was possible in track — both physically and psychologically. It had long been thought that a sub 4-minute mile was far from achievable and perhaps deadly for those who tried.

However, an interview with now Sir Roger Bannister at the age of 75, 50 years later with Donald McRae gives insight to his thoughts about his achievements. Bannister felt that for more than a decade after the win, it was a severe handicap to him. He had always wanted to become a neurologist and at the time of his race was already studying to be a doctor. After becoming a doctor, he still had 9 more years to study before he would achieve his dream in medicine to become a neurologist.

He said that he always had this insidious feeling that his medical colleagues thought; ‘How can Bannister, a mere athlete, dare to aspire to neurology?’  Rather than focussing on his greater achievement of 40 years of work on the brain in Neurology.

Recalling the race; For almost three-quarters of a mile Bannister ran with effortless power, his desire to increase the pace curbed by Brasher and Chataway, who led him expertly around in 3min 0.7sec. A 59-second last lap would make history.  His greatest achievement in this win he felt was the wonderful lifelong friendships he formed with Brasher and Chataway. The race taught us we could do most things we turned our minds to in later life.

His time of three minutes 59.4 seconds, stood as a record for just 46 days before Australian runner John Landy shaved 1.5 seconds off his time in Finland, but Bannister’s place in athletics history was assured.

Michael McGowan at The Guardian reports that the back-to-back record-breaking performances set the stage for one of running’s most incredible showdowns when in August of 1954, Bannister and Landy faced off at the British Empire and Commonwealth Games at the Vancouver Exhibition (renamed the Pacific National Exhibition in 1946).

During the race, Landy led with Bannister at his heels. At the final turn, however, Landy turned and looked over his left shoulder to find out where Bannister was. At that moment Bannister surpassed Landy on the right, winning the race. Both men finished what came to be known as the Miracle Mile in under 4 minutes, the first time that had ever happened.

Up until then, it was thought that it was physically impossible for a man to run the mile in less than four minutes. People thought that the human body would burst running at such a speed.

This set the stage for other runners to accomplish running the mile in under 4 minutes.  Now, we accept that as doable.  The point is this: It took a sense of extreme certainty for Roger Bannister to do what was then considered un-doable.  He alone was able to create that certainty in himself without seeing any proof that it could be done. But once he crashed through that barrier, the rest of the world saw that it was possible. 1

Bannister, who became Sir Roger Bannister after being knighted in 1975, never lost his interest in athletics. He retired from running soon after setting the record. He always knew that he would stop being an athlete after ceasing to be a medical student. Bannister went on to have a long career as a neurologist, serving for many years as the director of the National hospital for Nervous Diseases in London.2

In 2011, Bannister was diagnosed with Parkinson’s disease. He died on 3rd March 2018 at the age of 88. He was quoted as viewing running as something to be done in his spare time away from the demands of his medical studies, but that did not prevent him reaching the biggest stages in the sport. He continued to run to keep fit until he broke his ankle in a car accident in 1975, the year he was knighted.3

If you’ve ever wanted a science-backed, heart-centred approach to improving your mind, body, effectiveness and performance then the Iceman has found the answer not only for himself but has proven he is able to teach others to do the same.

There is a free breathing tutorial video link shown below that goes away from the medical model of diaphragmatic breathing that you might like to trial and evaluate for your own purposes. Make sure that if you pass this method on to your client that they have no health problems that would make it detrimental for them to use this method. There are contra indications to following the Wim Hof Method (WHM) shown on his website.

I came across the Wim Hof Method (WHM) whilst looking for new resilience and trauma release methods and despite this short overview, your further investigation would show many health benefits and health issues the WHM has shown to bring about, and the scientific evaluation going on at the present time is keen to do further research based on what has already been proven.

His 1- day inspirational event held in Australia at the Sydney Olympic Park in Sydney on the 8th December 2019 is already totally sold out. His two 6-day Summer Expedition workshops being held in June/July 2019 in Spain are already sold out. In Europe… Canada…he is in great demand. There are people already certified to teach the WHM method; So, what is going on here?

It might seem from the above that I am promoting his workshops etc. but I am not. What I am promoting is to tell you about his extraordinary achievements so that we open our mind to realise just how powerful our mind is, what he has achieved and what our mind can achieve also. I haven’t undergone his training; the website advises that the WHM is based on three Pillars.

1. Cold therapy 2. Breathing and 3. Commitment. There is a Free Mini Class to learn the basics here: https://www.wimhofmethod.com/free-mini-class

What Wim is capable of was long viewed as scientifically impossible.

In 2007 the first scientific analysis was done at Feinstein Institute in New York.  In 2011, the University Medical Centre St. Radboud in Nijmegen really got the ball rolling. After running several tests, they couldn’t but admit that Wim and others are able to voluntarily influence the Autonomic Nervous System. Something which up until then was thought impossible. This ground-breaking finding, published in PNAS and Nature, established credibility and bred curiosity among academia. Increasingly, researchers across a wide range of disciplines have since taken an interest, and various promising studies are currently underway.4

The science behind the Wim Hof Method –

Here are some of the feats Wim has accomplished:

At 55, he holds 26 Guinness World Records for extreme sports challenges – including running a full marathon above the Arctic circle wearing only a pair of shorts. He and his 18-strong climbing group scaled Africa’s highest mountain in a record time of 31 hours and 25 minutes. Wim said: “This year’s Killmanjaro challenge was to show that a group of people without mountaineering experience could scale the mountain within 36 hours by using a specific breathing technique”.

My mother-in-law and her two sisters were overweight and did no exercise from their early 50s at least, yet all three lived until their mid to late-90s – what do we attribute this to; belief system… genetics… lifestyle…?

But what it does show is that innovative techniques for endurance and self-healing are there for all of us to find within our self. ‘Mind Over Matter’ is a key teaching component within our profession. With our training we are at the forefront to use our forgotten gifts to bring about our own innovating solutions to build on the history of those before us. 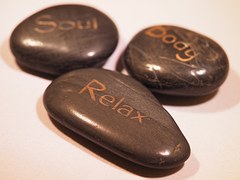 Short-cut your words to manifest what you want. Cell biologist, Dr. Bruce Lipton and Scientist said; “When I understood what was creating my life, my subconscious did not change just because my conscious mind had a new idea, I still …