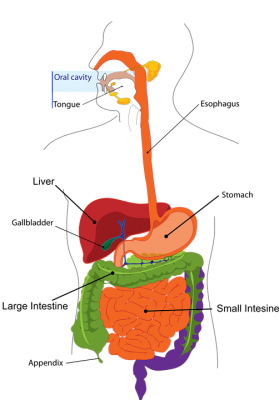 In 2005, Horace Drew, a scientist who holds a PhD in Chemistry from Caltech, worked for CSIRO for 23 years as a molecular biologist, and was a renowned expert in translating crop circles, took an interest in hypnotherapy.

Horace submitted an abstract on Irritable Bowel Syndrome;“Hypnotherapy in Irritable Bowel Syndrome: A Large-scale Audit of a Clinical Service with Examination of Factors Influencing Responsiveness” The authors were Wendy M Gonsalkorale, Lesley A Houghton & Peter J Whorwell. The Research came from the Department of Medicine, University Hospital of South Manchester, Manchester, United Kingdom.

As National President of the AHA at that time, I was interested in what type of hypnotherapy was used. Horace accordingly contacted Professor Whorwell who suggested that I contact Wendy M Gonsalkorale who generously sent suggestions on the basic framework of the hypnotherapy sessions and scripts that they used with the patients.

I invited the current President of the Gastroenterologists Society of Australia, Professor Peter Gibson to meet with me in Melbourne as I was to present at a Victorian Workshop of the AHA. He was accompanied by Dr. Sanjay Nandurker. Over lunch, we spoke at length about the UK research and from this meeting, the AHA organised an all-day IBS workshop which was held in most states of Australia.

Presenters included Professor Gibson, who showed how the gut functioned and how they worked with IBS patients, and Dr. Sue Shephard who is internationally known for her FODMAP diet. She identified those foods to have and those to avoid. I spent the afternoon talking about the hypnotherapy used, and participants worked in groups to come up with metaphors and visualisation techniques.

Professor Peter Gibson later became an Honorary Member of the AHA and did invite me to speak at Monash University on both Hypnotherapy and IBS.

Dr. Sue Shepherd, of Shepherd Works, developed the low FODMAP diet in 2001. She has proven, through her pioneering Ph.D. research, that limiting dietary FODMAPs is an effective treatment for people with symptoms of IBS. The low FODMAP diet has been published in international medical journals and is now accepted and recommended as one of the most effective dietary therapies for IBS.

A link to the new research that indicates that Gut-Directed Hypnotherapy is not inferior to the Low-Fodmap Diet in Reducing Symptoms Associated with Irritable Bowel Syndrome is shown below.

In 2006 I was invited by Dr. Nandurker to give 2 back-to-back workshops at the Crown Hotel in Melbourne. This one-day symposium was sponsored by AstraZeneca for clinicians on the ‘Challenges in Gastroenterology’. My presentation was called ‘Hypnotherapy for functional gut disease’, The workshop was attended by interstate gastroenterologists and overseas speakers. The evening prior to the workshop was a meet and greet, finger food affair for the participants. As president of the AHA, I moved between groups and introduced myself as one of the speakers.

Dr. Simone Peters provided me with the Abstract of her research. which detailed the FOODMAP diet and hypnotherapy research trials. Simone used this study to complete her PhD.
The results were published in July 2016 in

Durable effects of gut-directed hypnotherapy are similar to those of the low FODMAP diet for the relief of gastrointestinal symptoms. The research showed that hypnotherapy has superior efficacy to the diet on psychological indices. No additive effects were observed.

Dr. Simone Peters and Professor Peter Gibson were featured on the ABC on the research here…

What has come out of this venture is that Gastroenterologists at Monash University will be taught gut focussed hypnotherapy. 5 session with an improvement of 80% shows just how powerfully hypnotherapy is able to help this and many more issues.

I read on the Medscape sight that Simone Peters said in her writing to doctors said that they needed to use a gastroenterologist that knew how the gut worked.  Yes, you do need to know what problems your client is having with their gut and know how that is caused and works. This enables you as the therapist to formulate hypnotic visualisations and suggestions to correct the problems the client is experiencing IBS. However, hypnotherapists without knowledge about how the gut works, in today’s age of technology are able to find out through searching on the internet the information they need to know. As an example, you may wish to learn more yourself and are able to look at this youtube posted by Nucleus Health here…

Taking the history of the client, you would find out if the client is on medication, and query if they are having side effects from this. Again, on the internet you are able to check the side effects of any drug, so you can ask the right questions from the client.  But a talk to a hypnotherapist to check if they know these things is important for you to know before you make your booking.

It is Well to remember that even doctors give out different medications for the same problem. In the same way, I learned early in my training that any two therapists can go through the same training and yet only one consistently gets better results. This can be due to personality traits of the client/therapist interaction. So before making an appointment, feel free to check me out that you feel happy with our upfront talk and confident that I can help you.

My hypnotherapy protocol is to –

Release the Memory of Painful Experiences.

History helps us to know…

the past and make sense of the present. But more than that, it opens our mind to the possibilities of what we can achieve as this story tells us.  My stories here don’t go back terribly far, but they might …

Hypnosis in Sport or Other Endeavour s and The Inner Game.

How does one improve in their chosen sport or endeavour?    You are keen. You practice for hours. You want to be a winner. But it just isn’t happening for you. What’s going on here? Not to achieve can develop into a …