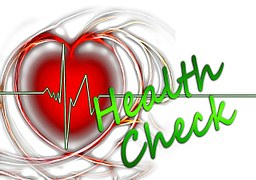 To achieve health and wellness, we need to take care of our health or our mental health causes dis-ease which leads to disease.

If something is wrong in the mind or spirit it has a direct influence in creating something wrong in the body.  Mental Health Causes Dis-ease, that may lead to Disease.

When Research is Irreproducible

Irreproducible research poses an enormous burden.  An unpublished 2015 survey by the American Society of Cell Biology found that more than two-thirds of respondents had on at least one occasion been unable to reproduce the published results.  Biomedical researchers from drug companies have reported that one-quarter or fewer of high-profile papers are reproducible.  Mental Health research falls into this category too.

In its early inception, The Royal Society had a motto coined back in 1663: ‘Take nobody’s word for it’ (nullius in verba), a corollary of which is that if scientists as a whole denounce an idea this should not necessarily be taken as proof that the said idea is absurd: rather, one should examine carefully the alleged grounds for such opinions and judge how well these stand up to detailed scrutiny.  Today, the history of that motto shown on The Royal Society’s written history page, says; Quote” The Royal Society’s motto ‘Nullius in Verba’ is taken to mean ‘take nobody’s word for it’. It is an expression of the determination of Fellows to withstand the domination of authority and to verify all statements by an appeal to facts determined by experiment.”Unquote. But how true are the facts?

In an article written by David H. Freedman, in the November 2010 issue of the Atlantic magazine called “Lies, Damned Lies and Medical Science”   it advises that Dr. John Ioannidis has spent his career challenging his peers by exposing their bad science.

Freeman writes that Ioannidis, is known as a meta-researcher, and he’s become one of the world’s foremost experts on the credibility of medical research. He and his team have shown, again and again, and in many different ways, that much of what biomedical researchers conclude in published studies—conclusions that doctors keep in mind when they prescribe antibiotics or blood-pressure medication, or when they advise us to consume more fiber or less meat, or when they recommend surgery for heart disease or back pain—is misleading, exaggerated, and often flat-out wrong. He charges that as much as 90 percent of the published medical information that doctors rely on is flawed. His work has been widely accepted by the medical community; it has been published in the field’s top journals, where it is heavily cited; and he is a big draw at conferences. Given this exposure and the fact that his work broadly targets everyone else’s work in medicine, as well as everything that physicians do and all the health advice we get, Ioannidis may be one of the most influential scientists alive. Yet for all his influence, he worries that the field of medical research is so pervasively flawed, and so riddled with conflicts of interest, that it might be chronically resistant to change—or even to publicly admitting that there’s a problem.

So What Should We Do?

It would seem that the best way to go is to look at [Research] all possibilities and then consult with your health practitioner.  Research what (s)he tells you – then decide what you think is best for you.    Your health practitioner can monitor you and the results if you wanted to test your own theories.

When all is said and done, you are the one responsible for your health.

Quote “A wise man ought to realize that health is his most valuable possession and learn how to treat his illnesses by his own judgment. “Unquote ~Hippocrates

Have stress or tension and wherever that stress or tension is in your body, that part of your body will react accordingly.  In some cases, the reaction goes straight to a weak part of your body.  If you then ignore that reaction, your body will send you a bigger message and bigger still, if you continue to ignore the tension we cause ‘dis-ease’ which ends up long term causing us disease. This may be through many different channels.

If you smoke and it stresses your lungs… arteries… heart… You will get warning signals like perhaps you notice you are short of breath, or you get bronchitis which takes longer to get rid of…. Keep smoking and your body will send a stronger message, like a stroke, cardiovascular disease, emphysema or lung cancer.  It can also affect your sex life.  All addictions will bring their own side effects.  These things then in turn also affect your mental health.

In other people stress may affect their Gut, and cause Irritable Bowel Syndrome or worse still escalate into Crohn’s or colitis.  Migraine headaches, Insomnia,  Psoriasis (or other skin problems).  Stuttering can be a stress-related problem. Other reactions can include anxiety, panic, fingernail biting, hair falling out or pulling out, muscle spasms, blood pressure and more.  The beginnings may have been mild anxiety, or your heart beating a bit faster, concerns about being in a crowded place etc.  It is the Universal Energy giving you a nudge, telling you something needs your attention.  If you ignore the nudge, it becomes more chronic until you can no longer ignore the now ‘major’ nudges.

Some people may avoid the body illnesses but go into equally disturbing symptoms such as over or under eating, gambling, alcohol, depression, fears and phobia, marijuana, pharmaceutical or harder drugs to deal with their problems, past or present. This can ruin relationships and leave you feeling very alone and unsupported.  So now we have a compulsive obsessive disorder to endeavour to make us feel better, and of course is a mental health issue taken on by a different form.

Many of our problems come from the past and we have never released the emotional blockages or habit patterns that are still housed in our body and mind from earlier happenings in life.  This can cause a time warp where the feelings and emotions keep sending you the same response as though it is still happening to you every day.  That causes mental health issues which in turn causes dis-ease(s) which can turn to disease if not removed early enough.

Sometimes it can be the after-effects from sexual abuse, the loss of someone or a bad marriage, domestic violence or whatever…  leaving us with fear, anger, guilt, shame and more.  If the emotions have not been dealt with, this causes us problems too, not only physically but emotionally in areas of confidence, the inability to cope with life and to feel happy. In the old days we used to call it ‘collecting trading stamps’, today it might be more relevant to call it ‘frequent flyer points’ or some other ‘flyer’ points.  You collect all those feelings and emotions over and over again until eventually you ‘cash them all in’ in the form of a crisis rather than an award, the crisis causing you mental health issues that may have been avoided.

This leads to low self-esteem and stop us from achieving.

If you suffer from any of the above or other symptoms not mentioned, then #hypnosis may be just the thing you need to be able to help you to release these blockages and/or habits to gain control back into your life. Click here to read:  How does it work? 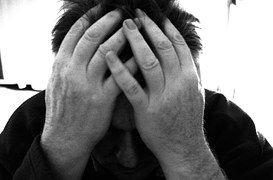 Suicide is often a taboo subject.

However, this mental health figure can be under-reported.  The British Medical Journal shows systematic review and meta-analyses based on clinical study reports on ‘Suicidality and Aggression Depressant Treatmenturing Anti’ ( www.medscape.com/viewarticle/858093 )  that this is so, as well as the affects antidepressant treatment have on younger people.

The great tragedy is that for most people a suicidal crisis passes once they get help. But how do you convince someone who believes their life is no longer worth living that things will get better? The family of Sydney woman Nellie Bishop, who in 1923 jumped from the gap and survived, hopes her remarkable story might do just that.

If you feel suicidal or know someone that is suicidal and needs help, here are some contact numbers and websites in Australia to get help –

If you have feelings and emotions from your past that make you feel overwhelmed and helpless get in contact and see if #hypnotherapy can help you.

Warning:  Always check with your medical practitioner that there is no underlying pathological disease before embarking on any therapy.

Physics has shaped the world as we know it today.  We may not know why it makes sense but we know it works – for an understanding of the unseen go to this page.

Quote: “Diseases are crises of purification, of toxic elimination.
Symptoms are the natural defenses of the body.
We call them diseases, but in fact, they are the cure for diseases.”
~Hippocrates

A Russian Scientific research has shown that your DNA can be reprogrammed by words and frequencies in a deeply relaxed state.  That is why #hypnotherapy will be able to assist you to make changes easier. You can read a brief translated overview of this link…

Cell Biologist, Bruce Lipton also tells us that #hypnosis and emotional freedom technique (EFT), are able to assist you to make changes.