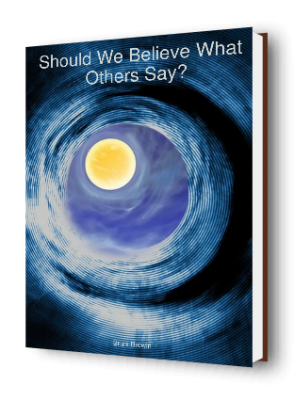 Should we believe what others say?

My intuition tells me that you do not need to look for that quietness in meditation if you are not of that mind to do so if we already feel peace and quiet within. Our disquiet mostly comes from fear of being wrong, rejection or failure.  I believe that if that feeling of not being good enough has been imprinted into our mind in our early childhood, previous happenings and we search for meanings and answers to overcome our adversities. But meditation relaxes the mind and releases tension and is a tool for life.

Is there a need to surrender? I don’t think so. Is there a need to understand the underlying dynamics and look for answers? I think there is if we want to progress in life. The saying; “There are many paths to the same end” resonates with me here. There is even research that shows that people who are religious are happier than people who aren’t. What makes happiness according to research is that it isn’t religion, but rather part of our basic human needs, part of which are to belong to a community that supports us and especially of like-minded people – see here… – be it your belief in religion, your golf club buddies, your therapy friends etc. It is your support system, those that you have things in common with, that create happiness for you. And, of course, in each of those groups, you will get a diverse number of people where you might have main things in common, yet other things that you don’t. And so even within that commonality, you will gravitate towards certain people that will appear to support your beliefs, perceptions, and theories. The world’s happiest countries are also the world’s least religious countries according to a report released by the World Happiness report

As a person, we wear many hats, again dependent on our self. As a mother, I would be totally different with my child, then when I wear my business hat, or my therapist hat etc. Do I use what I was taught as a therapist when I first started out? Yes, and No. The tools come from a solid ground learning base, and then is added to over the years by what comes across my path that I wish to learn more about. And everything you learn can come into use at one time or another.  Knowledge can change your thinking.

But! Should We Believe What Others Say?

If unsure of what to do, there are many options. Colleagues, internet, books… but each of these is still the thoughts of each author, the same as this post.

There is no such thing as ‘Scientific validated research’ even. That in itself in reality only means; “What we think is….” and again, it is the outcome of the author(s) of the research. And many times, after, that very research has been overturned by newer research, or the research has shown to be flawed, or even tampered with, to make it what the author wants you to believe.  Professor, John Ioannidis, a meta-researcher has become one of the world’s foremost experts on the credibility of medical research. His work has been widely accepted by the medical community. He and his team have shown, again and again, and in many different ways, that much of what biomedical researchers conclude in published studies is misleading, exaggerated, and often flat-out wrong, as much as 90 percent of the published medical information that doctors rely on is flawed. An article that talks about this can be found here…

Hence, we must become our own researcher. What I believe is only what I believe. Others may have come up with that same conclusion. As time moves on we may find that more people reach the same conclusion, or that we were indeed wrong. Time and searching for answers usually supports or changes our views. But beware those Internet sites that dispute the truth.  Often the people manning these sites (or even the media), are known as Astroturf’s.  You might like to watch this eye-opening talk, by veteran investigative journalist Sharyl Attkisson who shows how astroturf, or fake grassroots movements funded by political, corporate, or other special interests very effectively manipulate and distort media messages.

The main thing for you and me is to remember that we are the CEO of our own business (my business meaning ‘ME’). That I can listen, read, learn, and come up with my conclusions based on as much information that I have gathered. If I am wrong, the outcome of what I have put into place will give me a different outcome to what I had hoped. If I learn from that and change what I did the first time, I will get a different outcome. “The law of Cause and Effect.” There is nothing wrong with being wrong – we hardly ever learn anything new by believing we must be always right, or the person telling us something is right.

Quotes and predictions (alleged) here by prominent people, shows just how wrong even they can be…

“Computers in the future will weigh no more than 1.5 tons.” (Popular Mechanics, forecasting advance of science, 1949.)

“I have traveled the length and breadth of this country and talked with the best people, and I can assure you that data processing is a fad that won’t last out the year.” (Editor in charge of business books for Prentice Hall, 1957.)

Should We Believe What Others Say? Hmmm!

But what is it good for?” (Engineer at the Advanced Computing Systems Division of IBM, commenting on the micro chip, 1968)

“There is no reason why anyone would want to have a computer in their home.” (Ken Olson, president, chairman and founder of Digital Equipment Corp, 1977.)

“This ‘telephone’ has too many shortcomings to be seriously considered as a means of communication. The device is inherently of no value to us.” (Western Union memo, 1876.)

“The wireless music box has no imaginable commercial value. Who would pay for a message sent to nobody in particular?” (David Sarnoff’s associates in response to his urgings for investment in the radio in the 1920’s.)

“We don’t like their sound, and guitar music is on the way out.” (Decca Recording Company rejecting the Beatles, 1962.)

“If I had thought about it, I wouldn’t have done the experiment. The literature was full of examples that said you can’t do this.” (Spencer Silver on the work that led to the unique adhesives for 3M PostIt Notepads.)

So we went to Atari and said, ‘We’ve got this amazing thing, even built with some of your parts and what do you think about funding us? Or we’ll give it to you. We just want to do it. Pay our salary, we’ll come work for you.’ They said ‘No’. Then we went to Hewlett-Packard; they said, ‘We don’t need you. You haven’t got through college yet’.” (Apple Computer founder Steve Jobs on attempts to get Atari and HP interested in his and Steve Wozniak’s personal computer.)

“Drill for oil? You mean drill into the ground to try and find oil? You’re crazy.” (Drillers whom Edwin L Drake tried to enlist to his project to drill for oil, 1859.)

“Everything that can be invented has been invented.” (Charles H Duell, Commissioner, US Office of Patents, 1899.)

“What can you do with a guy with ears like that?” (Jack Warner, movie mogul, rejecting Clark Gable, 1930.)

You ain’t goin’ nowhere son. You ought to go back to drivin’ a truck.” (Jim Denny of the Grand Ole Opry, Nashville, firing Elvis Presley after his first performance.)  Elvis Presley was also rejected by X-Factor when he auditioned.

“I’m sorry Mr. Kipling, but you don’t know how to use the English language.” (Editor of the San Francisco Examiner, rejecting a short story from author and poet Rudyard Kipling.)

“The abdomen, the chest, and the brain will forever be shut from the intrusion of the wise and humane surgeon.” (Sir John Eric Ericksen, a British surgeon, appointed Surgeon-Extraordinary to Queen Victoria, 1873.)

There is the story, seemingly based mostly on truth, that Fred Smith, the founder of the multi-billion-dollar FedEx carrier corporation, originally proposed the FedEx concept in a college examination paper – for which he was awarded a C grade. Smith has broadly confirmed this story in later interviews, albeit with a little uncertainty as to how specifically he presented the FedEx model, and precisely how the examiner expressed his indifference. It’s a good story nevertheless, and helps confirm not only that great oaks grow from tiny acorns, but also how difficult it is to recognize a particularly good acorn before it’s grown. … Source unknown

And I love this one – Thomas Edison’s letter from school teacher to his mother. You can see that here…  plain as the nose on your face.  In his diary when he found the school teacher’s letter years after his mother died he wrote in his diary – “Thomas A Edison was a mentally deficient child whose mother turned him into the Genius Of The Century.” But when you check the facts on the website ‘Snopes’ you find that the rating is mostly FALSE.  There was never any such letter, any discovery of the truth of that letter later in life, or any evidence to support the claim that Edison’s mother ever lied to her son about his performance in the classroom to protect his feelings. You can read what Snopes has to say here…

I tell my clients to release past negatives that halt their journey (that’s where I come in), to research their facts and then trust in their intuition.  And to listen to people like Deshun Wang who tells us his own story, where he tells us that ‘Potential Can Be Explored.’ 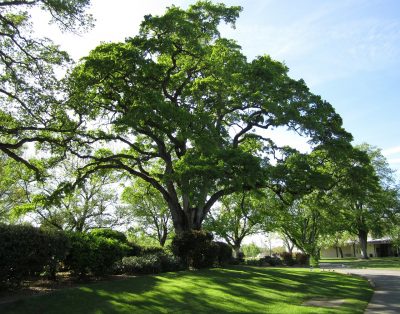 A large magnificent Acorn tree starts from a little acorn seed. Just how magnificent can we each become?

“Transformation – It’s All In The Mind”

Pay It Forward With Gratitude

Pay It Forward With Gratitude

Hypnosis fact: Accept Where You are Right Now All change starts off with accepting where you are at right now.  You may not like that – that is good, it means that is your intelligent mind is telling you …

You Are The Most Important Business You Will Ever Have

Business Success With Hypnosis To Change Your Inner Mind. Important business matters. In business, there is a saying “Your business is only ever as good as your employee”.   In your life, whether you own a business or not, you will …

Why is the world in such a bad state?

According to some estimates, there are roughly 4,200 religions in the world. The word religion is sometimes used interchangeably with “faith” or “belief system”, but religion differs from private belief in that it has a public aspect.  Even when I …