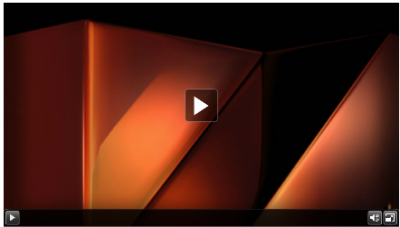 The Doctor Knows Best.  Or does he?

Quote” In this special edition of Four Corners, guest reporter Dr. Norman Swan reveals the real story behind the malaise in the Australian health system.

Health Relies On The Trust That Your Doctor Knows Best.  Or does he? When we head to the GP most of us assume “the doctor knows best”. But the Four Corners program says the truth is, many of the scans, tests, and procedures ordered by medical practitioners are wasteful, unnecessary and potentially harmful.

What is your reaction when you hear this?  Would you feel quite alarmed?  I would think so.  However, this program tells, Healthy people are needlessly being turned into patients with tests and scans leading to treatments which at best have no effect, and at worst, cause harm.

But, doesn’t the doctor know best?  Experts say the surgery doesn’t seem to make the outcome any better than if you did a pretend surgery.  And it’s costing us a fortune.

In this special edition of Four Corners, guest reporter Dr. Norman Swan reveals the real story behind the malaise in the Australian health system.

For the full story click on the picture above.

The questions to ask your GP or Specialist – Ask for the evidence, says Professor Harris.

They should be asking for the evidence that they will be better if they follow course A or course B,” he said.

(These questions were developed by Karen Carey, former chair of Consumers Health Forum and trialed by Heather Shepherd of the University of Sydney.)

Adam Elshaug, Associate Professor of Healthcare Policy at Sydney University, is an authority on what is called low-value care and has identified at least 150 unsafe, inappropriate or ineffective medical services that receive Medicare and health insurance rebates.

Update: Unfortunately, the link to the left has expired. I have not been able to find it elsewhere.

Instead, I have posted you the link below – Choosing Wisely Australia, an initiative of NPS Medicine Wise. (click on picture)

He advises that Dr. John Ioannidis has spent his career challenging his peers by exposing their bad science.

That question has been central to Ioannidis’s career. He’s what’s known as a meta-researcher, and he’s become one of the world’s foremost experts on the credibility of medical research. He and his team have shown, again and again, and in many different ways, that much of what biomedical researchers conclude in published studies—conclusions that doctors keep in mind when they prescribe antibiotics or blood-pressure medication, or when they advise us to consume more fiber or less meat, or when they recommend surgery for heart disease or back pain—is misleading, exaggerated, and often flat-out wrong. He charges that as much as 90 percent of the published medical information that doctors rely on is flawed. His work has been widely accepted by the medical community; it has been published in the field’s top journals, where it is heavily cited; and he is a big draw at conferences.

Given this exposure and the fact that his work broadly targets everyone else’s work in medicine, as well as everything that physicians do and all the health advice we get, Ioannidis may be one of the most influential scientists alive. Yet for all his influence, he worries that the field of medical research is so pervasively flawed, and so riddled with conflicts of interest, that it might be chronically resistant to change—or even to publicly admitting that there’s a problem.

You can read the whole story here…

*Bruni’s Comment –
I am not a Medical Practitioner.  The information on this page is not to be taken as medical advice, but to allow you to do your own searching and taking that information back to your health practitioner or specialist to find the answers you are looking for before embarking on procedures that may not be relevant or help your condition.

History helps us to know…

the past and make sense of the present. But more than that, it opens our mind to the possibilities of what we can achieve as this story tells us.  My stories here don’t go back terribly far, but they might …

Hypnosis in Sport or Other Endeavour s and The Inner Game.

How does one improve in their chosen sport or endeavour?    You are keen. You practice for hours. You want to be a winner. But it just isn’t happening for you. What’s going on here? Not to achieve can develop into a …